A circular walk through Garigal Land and Garigal National Park, with the main attraction being the spectacular Moon Rock Aboriginal engraving site, located on one of the highest points in Garigal NP.

This bushwalk starts on Garigal Land, managed by the Metropolitan Land Council. The Slippery Dip Trail is very “shared use” – as well as horses, bikes and walkers, it is used by cars to access the Warringah Radio Control Society airfield (a locked gate at the start of the service trail is opened using an access code by WRCS members). Rock outcrops on both sides of the service trail provide an occasional view over the park.

While it’s not unpleasant walking (and there’s been no traffic), I always prefer a bushwalking trail to a firetrail (or in this case a road)! So when a narrow trail heads off to the right, I decide to see where it goes.

The trail descends fairly steeply; it seems to be used by both bushwalkers and  mountain-bikers –  but you’d need to be a pretty confident and competent rider as the track has some big drops and rough sections. 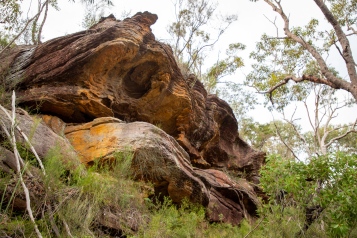 This short trail, unofficially called the Moon Rock Trail, goes up to a long, rocky ridge. At the western end of the rock platform is the “Moon Rock” Aboriginal engraving site. It’s been recognised as a particularly significant site as it provides rare evidence of the Aborigines having astronomical knowledge, depicting eight lunar phases beginning with the creator Biame’s boomerang. 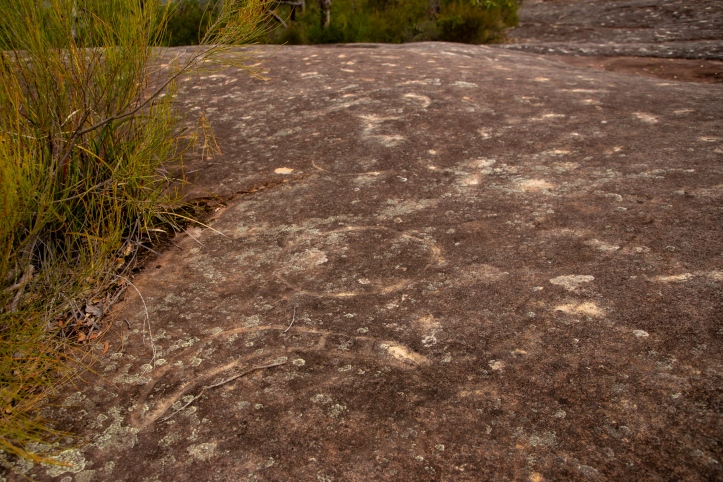 There are over fifty engravings across the site, including depictions of spirit figures, wallabies, shields, fish, sharks, whales, eels, mundoes (footprints). 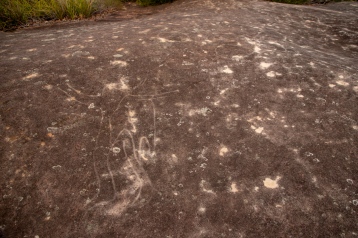 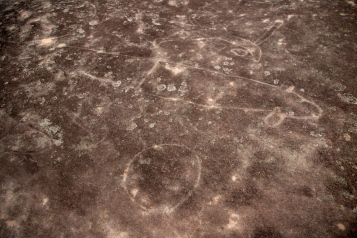 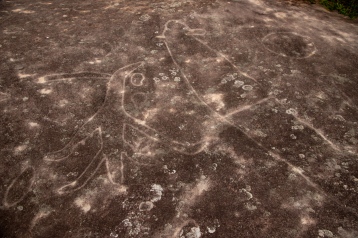 It’s an incredible site – and even more incredible is that the engraving were only “discovered” in 1973. 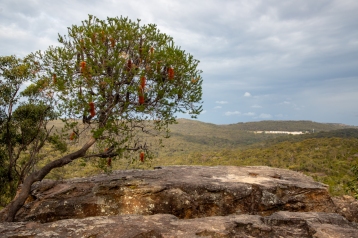 Just after this vantage point, there’s a a junction with a wide service on the right. I follow this as far as it goes, which is not very far; it does a small loop before petering out. But near the start of this trail, a pink ribbon marks a faint trail that heads down the valley. There’s more pink markers at frequent intervals, with the track passing several small shelters and an enormous rock overhang. 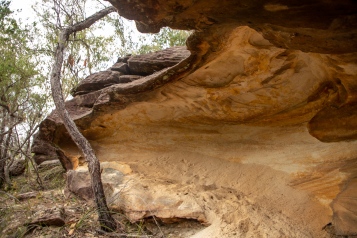 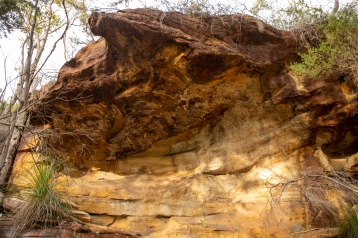 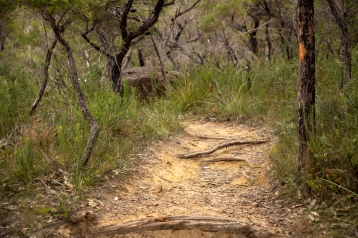 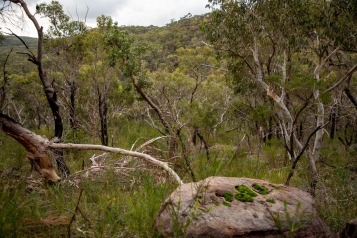 The main attraction of this circular route is the Moon Rock Aboriginal engraving site, but by using some of the “unofficial” wallking trails it makes for a fairly interesting bushwalk.