The Furber Steps provides a very scenic route into the Jamison Valley in the Blue Mountains National Park, with multiple vantage points over the Three Sisters and Katoomba Falls. Return the same way, or via the Scenic Railway.

This is a fairly short walk (or an even shorter one-way walk) – but offers some outstanding views. It has the advantage (especially if walking with kids) that you can return via the Scenic Railway, avoiding the steep ascent. The Furber Steps is also the entry point for a number of other walks – a loop via Echo Point, Ruined Castle (one of my favourite Blue Mountains walks) and Orphan Rock (a spectacular lookout which is officially closed).

The Furber Steps starts near Scenic World (look for the signage behind the buildings) and the track almost immediately starts to descend.

It’s arguably one of the most picturesque descents into the Jamison Valley, with a number of side-tracks and look-outs along the track. Near the top of the Furber Steps, the Three Sisters can be seen in the distance from Vanimans Lookout, a long and narrow lookout opposite Reids Plateau.

There are eight lookouts on the way down; offering differing perspectives of the Jamison Valley and Katoomba cliff line. There are also great views from Juliets Balcony, which is perched on top of a rock buttress near Orphan Rock. It provides sweeping views over the Kedumba Valley, from Katoomba Falls to the Three Sister 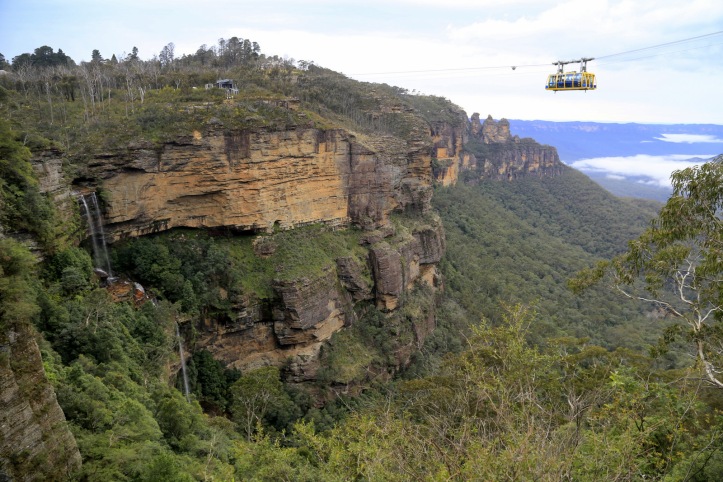 A fairly consistent feature in all of the views is Katoomba Falls, a segmented waterfall that descends into the Jamison Valley. 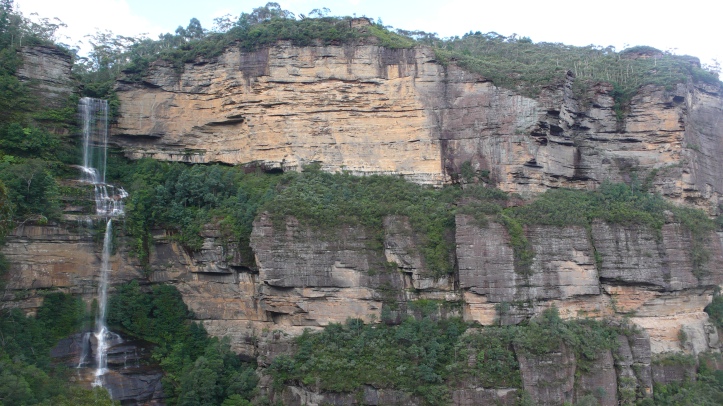 The other common sight is the Three Sisters near Echo Point: an unusual rock formation which  represents three sisters who according to Aboriginal legend were turned to stone. 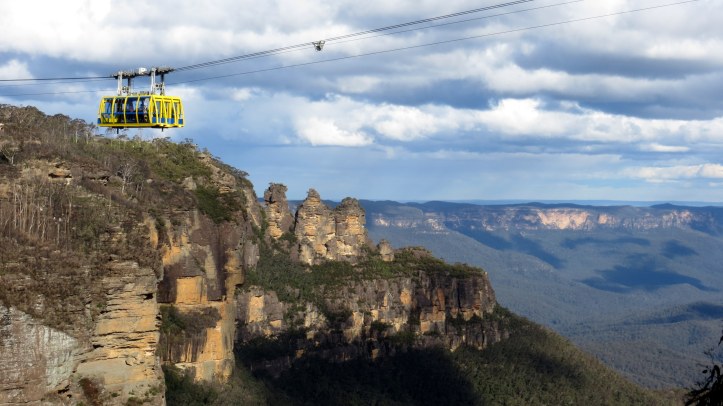 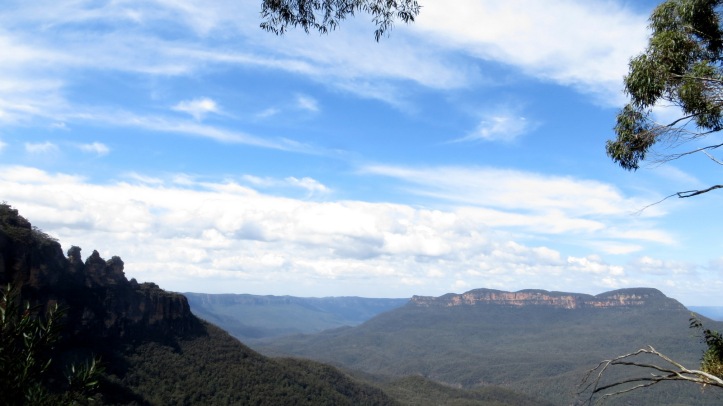 The Furber Steps is named after the land surveyor Thomas Furber, who secured a government grant to conserve the area. Long sections of the Furber Steps were hand-carved with a hammer and a chisel in 1908. 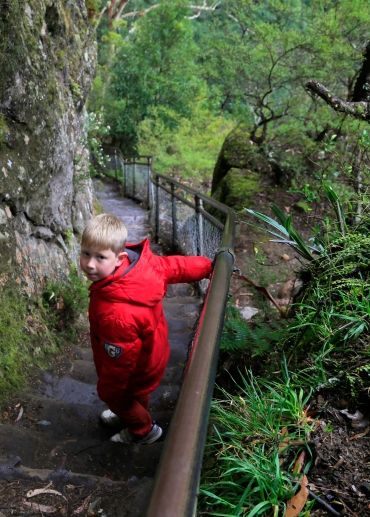 While many of the original steps remain, while some sections of steel steps makes the descent (or ascent) a bit easier… there’s supposedly about 1,000 steps – although I’ve personally never counted them! 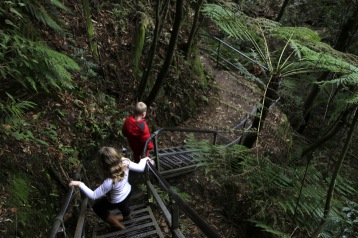 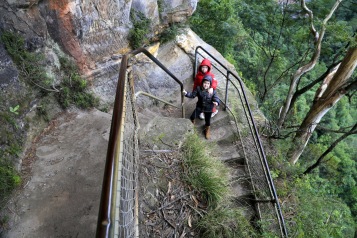 Near the valley floor, there’s a short side-track to Vera’s Grotto, where a waterfall is formed by Witches Leap Creek falling over a 20m cliff.

The Furber Steps trail passes under a wide overhang, before reaching the Federal Pass track at the base of the valley. 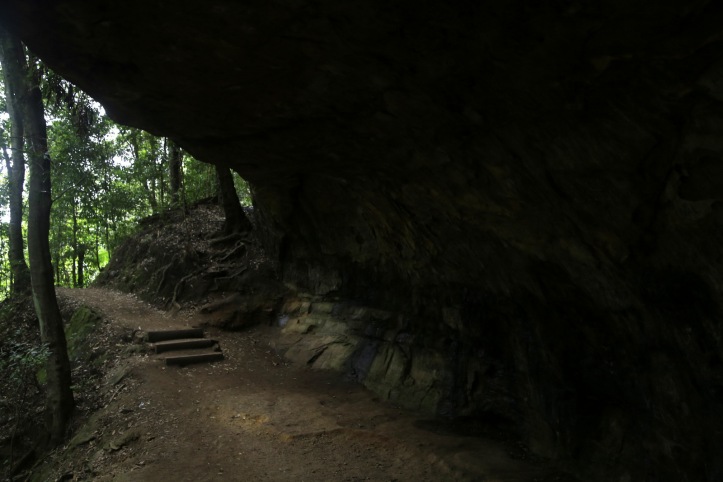 The track soon reaches the Federal Pass at the bottom of the valley: if you turn left, you’ll end up below Echo Point (which forms a longer and very scenic loop, going up the Three Sisters Track and bach along the Prince Henry Cliff Walk). Turn right towards Ruined Castle ands Mount Solitary and you’ll soon reach the bottom terminus of the the Scenic Railway. With the rain starting to get heavier, we take the Scenic Railway back to the top. Built in the late 19th century to serve the Katoomba coal mine, it was turned into a tourist attraction in the 1945 and is the steepest passenger railway in the world. 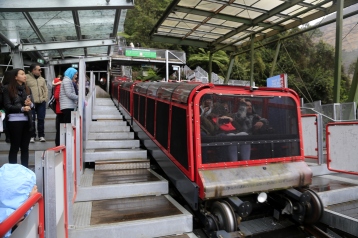