A rough track along Shark Rock Ridge to a huge tesselated rock platform that has multiple Aboriginal engavings and the remnants of an old telegraph/telephone line.

I’ve finally managed to get out to Berowra to explore Shark Rock Ridge, in the Ku-ring-gai Chase National Park. An informal track goes to the end of a ridge, which is the site of both a virtual geo-cache and some Aboriginal engravings.

Leaving my car at Berowra station, I cross the freeway and immediately turn left just in front of the National Park sign. A big thanks to Nathan (Solo Hiker) for explaining the initial route: it’s not shown on any maps and not obvious how you get to the start of of the Shark Rock Ridge track. 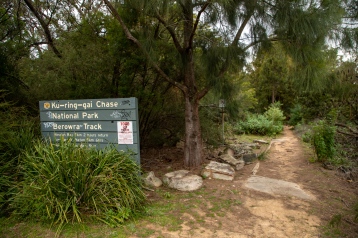 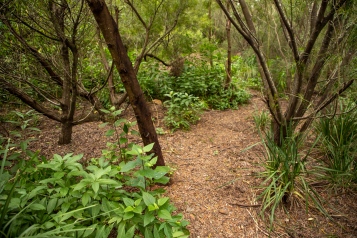 The track basically follows freeway, passing through an abandoned camp that’s on the embankment above the freeway. 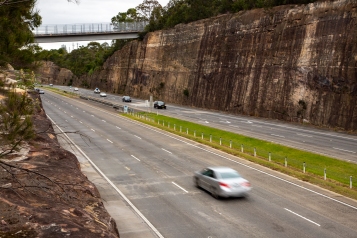 Just after the “hobo camp” there’s a nice overhang and a glimpse of Waratah Bay below. 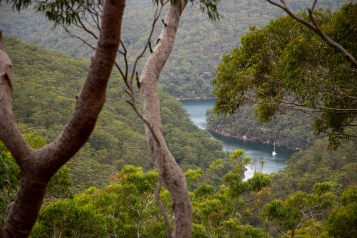 Whichever way you take is depressing: as well as the constant traffic noise, there’s an incredible amount of rubbish and debris strewn along the side of the freeway. It’s a relief to reach the start of the Shark Rock Ridge track, which heads north-east along the ridge, away from the freeway. 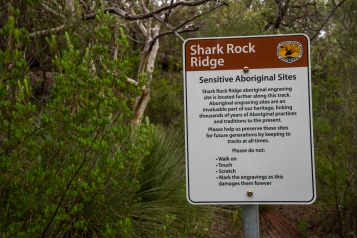 There’s a few long and wide rock platforms just off the main track; none seem to have any Aboriginal engravings. Although we’re following the top of a ridge, the views aren’t great – but you can distant ridges to the north and south of the track.

About 1.2km from the start of the track is the first Aboriginal engraving site. There’s a very distinct stingray, and nearby a kangaroo rat that looks a bit like a rabbit. There’s numerous other engravings – some fairly obvious and a few I didn’t spot. 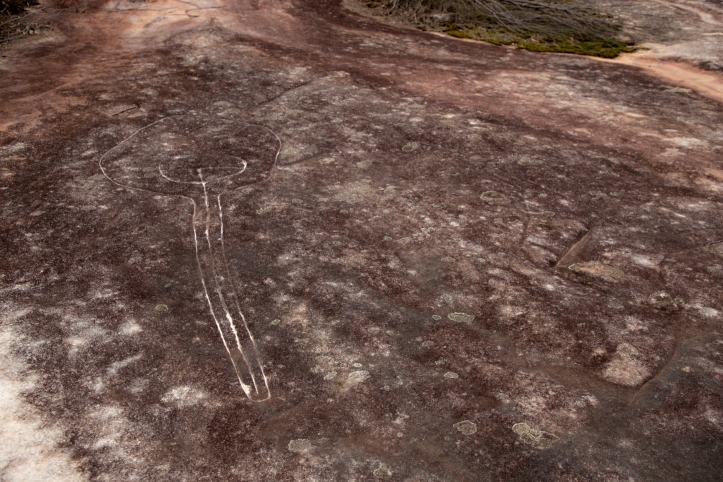 The track continues over many more sandstone platforms and interesting rock formations, with a number of cairns marking the trail where it’s not obvious. 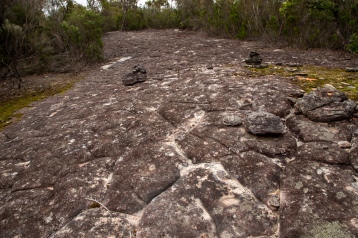 Another kilometre and I reach an enormous tesselated rock platform, which is an impressive sight.

I explore the area: there are numerous Aboriginal engravings distributed around the rock platform. I can’t determine what all of the rock art depict, nor am I able to find all the engravings: there are at least 14 figures engraved in this area including four shields, two koalas, a bullroarer, a man, a fish and a bird. 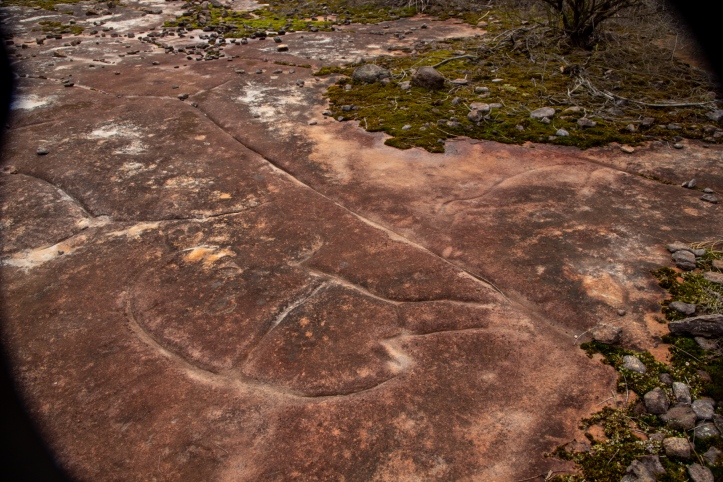 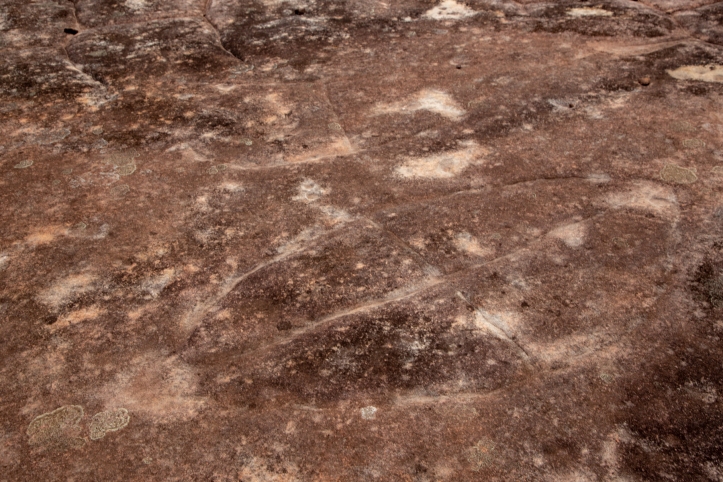 In an odd juxtaposition of European and Aboriginal history, at the highest point of the platform on an outcrop of rocks is the remains of an old telegraph or telephone line. I’ve no idea where this would have gone – perhaps it serviced a house built in the late 1890s by George Rhodes & his wife Agnes Mary at Little Jerusalem Bay. This is also the site of a virtual geocache that was created in 2017.

I continue a bit further, as the track keeps going… from the end of Shark Rock Ridge you can continue straight ahead along Want Spur to Want Trig, or veer north-east along Pinta Spur to descend to Little Jerusalem Bay. The track is fairly distinct and marked by cairns for another kilometre, to a rocky ledge. To the north is Folly Spur. The track stops here, and the scrub is pretty thick, so for today this is far as I go. 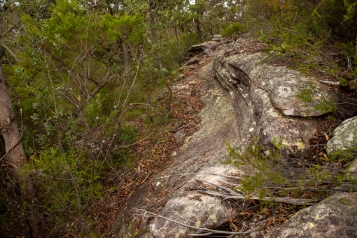 I return the same way – I’ll return one day to complete the circuit, but I’ll need a full-day as it will be pretty slow-going once you’re off the track. I’ve enjoyed the walk, despite the dispiriting section along the rubbish-strewn freeway.