Lost Mine Trail is a steep walk up to a ridge, rewarded by stunning views over the Chisos Mountains and out toward Mexico. Go early or late to avoid the crowds.

The last hike of my first day at Big Bend, with a couple of hours of daylight left. I’d seen mixed reviews of this trail, with some comments that it’s “over-rated”, and others suggesting it was one of the best walks in the park. Either way, it’s one of the most popular trails in the park: by setting out at 5pm, apart from a few people on their way back, I had the trail pretty much to myself.

There’s a big sign at the start warning of wild bears and mountain, which is comforting when walking on your own, just before dusk 🙂 The well-made track starts climbing immediately through light juniper, oak and pinyon pine forest, and there’s no views for the first kilometre or so. 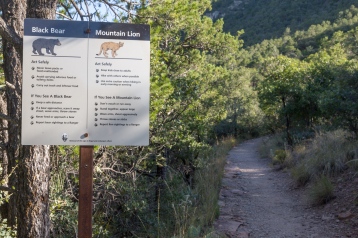 Shortly after the first kilometre (0.7 miles) of steady uphill walking, you start getting views to the south over Juniper Canyon and towards Mexico. 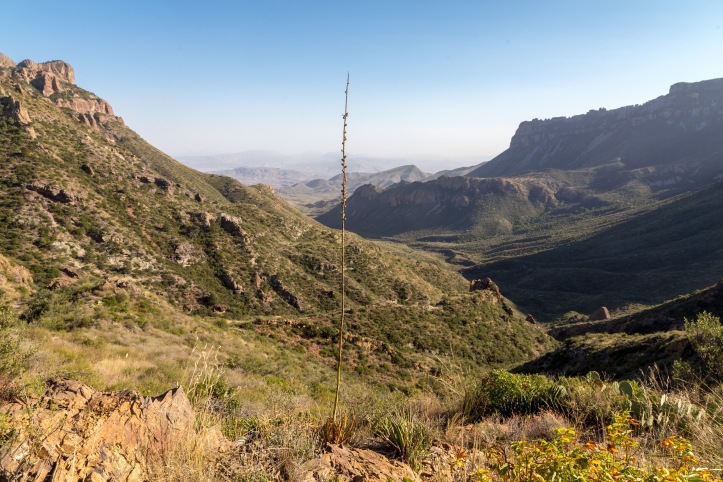 The track is now quite exposed; being very late afternoon means it’s still a comfortable temperature. But I wouldn’t like to be doing this section at midday in summer! After 1.5km (just under a mile) there’s a saddle, from where there’s great views south towards Mexico, as well the ridge above the track and Lost Mine Peak to the north of the trail.

After the saddle, the track gets more steep with multiple switchbacks. The quality of the track, built from 1940-42 by the Civilian Conservation Corps can be seen here with examples of some serious stonework. 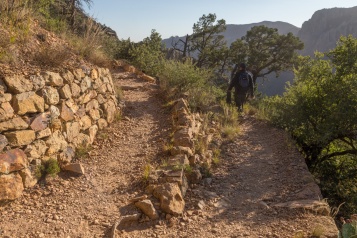 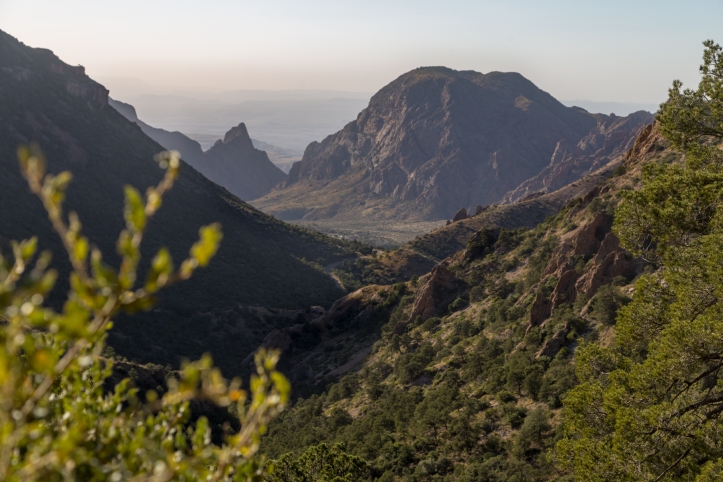 I spot a Mexican Jay (formerly known as grey-breasted jay), which feeds largely on acorns and pine nuts and lives in montane pine-oak forest (in Mexico and parts of Arizona and Texas). 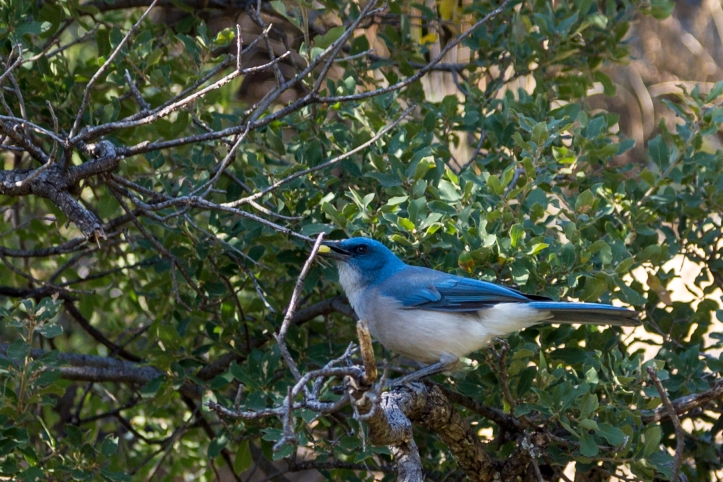 Finally, the last exposed ridge is reached after 3.5km (just over two miles) – which is also the highest point of the trail. However, the best views are at the end of this 400m ridge.

From the end of the trail, there are spectacular views in most directions – to the south-east is Pine Canyon and the Sierra Del Carmen, in Mexico.

To the south-west is the east rim of the Chisos mountains.

I’ve got the summit to myself for over an hour, as I wait for the sun to set. It’s cold on the exposed ridge due to the wind, but tucked down in the rocks it’s the perfect temperature. I only wish I’d thought to bring some wine or a whiskey with me: it would have been the perfect end to the day (although, I still have the descent ahead of me!).

As the sun dips behind the Casa Grande peak, it’s time to head back to the car.

The descent is much quicker than the ascent, despite the fading light (for the last mile I need to use my head torch). I’m at the Chisos Mountain Lodge by 8:30pm, in time for dinner. It’s been a magnificent walk, and I’m glad I ignored the advice that suggested avoiding this trail. I’m also very happy that I went late in the day, and avoided the crowds – in summary, I’d definitely put this trail at the very top of the Big Bend “must do” list. But go very early in the morning or late in the day, and avoid the crowds. I can imagine that following a queue of people up through a series of switchbacks in the midday sun would put you off this walk.